Athula Edirisinghe, father of Thilanka (Co-founder – Aves Nature Trails) was born in 1952 in Ratnapura, Sri Lanka. Athula’s father, late Richard Edirisinghe was a nature lover who had a good collection of wildlife publications. He was affectionate mostly with his father’s birds guide which was treated as Sri Lankan birders bible at that time. “A Guide to the Birds of Ceylon” by G M Henry. Athula started spotting backyard birds with the help of Henry’s birds guide since he was 6 years old. The city “Ratnapura” is located in the wet zone of Sri Lanka,a blessed town offers abundance of avifauna, famous specially for Sri Lankan endemic birds. Further, the town is one hour away from world famous UNESCO World Heritage “Sinharaja Rain Forest”. He still recollects very well his childhood memories of saving fallen juvenile “Indian scops owls” from its nests and observing rare winter migrant “Chestnut winged cuckoos” in his garden. 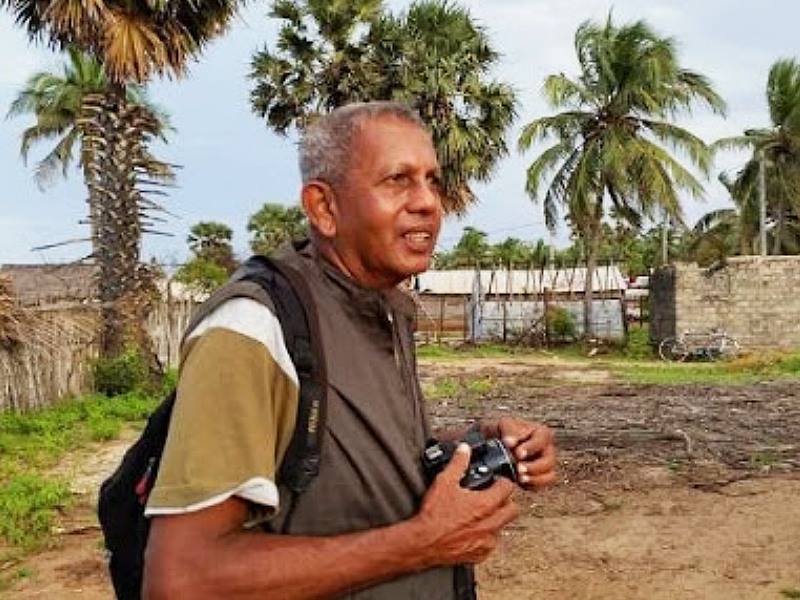 During his professional career at Sri Lanka air force for almost 3 decades, Athula had the opportunity to serve at some of the birding hotspot towns of Sri Lanka such as “Weeravila” in southern province, “Hingurakgoda” in north central province and “Rathmalana” in western province in Sri Lanka.

After his retirement from the military service he started devoting most of his life for bird spotting and behavioral studies. He became a regular member for birding field visits organized by FOGSL (Field ornithologist group of Sri Lanka) which is the national partner of “Bird Life International”.

The invaluable guidance provided during the field visits by professor Sarath Kotagama, head of the department of zoology at the university of Colombo broadened his scope on bird watching. He had started closely following up the vison of leading environmentalist Dr. Jagath Gunawardena in order to contribute his efforts on birding more towards sustainability and to make aware the importance of avifauna among younger generation.

Athula was generous to share bird information, pictures that he gathered with anyone without any hesitation. Some of his silent contributions to the Sri Lankan birding are as follows.

He is a member of ebird.org and he has contributed over 400 checklists to ebird along with 800 photographs of bird species. Up to now he has a checklist of 327 confirmed identification of bird species recorded in Sri Lanka.

Athula still lives in his ancestral house situated in heart of Ratnapura city built by his grandfather. The house is nestled in a mini forest and Athula enjoys the regular migratory birds arrived in his home garden at time of writing this note. (29.10.2021 : 7.30 am). Today morning he had identified calls of 3 Indian Pittas surrounding his garden. Then his memory went back to nineteen sixties where he used to spot Indian Pitta annually at his backyard for almost 6 decades up to now.